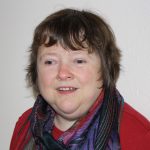 I found him in my stocking Christmas morning when I was twelve in 1973. Most girls my age weren’t interested in stuffed animals, but the previous summer, my grandmother gave me a knitted dog I called Toto after Dorothy’s companion in The Wizard of Oz. Now, it looked like Santa had brought me another friend.

The owl was mostly black with gray, furry feathers around his head and had two button eyes and a cloth nose. I buried my face in his soft fur, and his new-stuffed-animal scent comforted me.

That year, I also got a vinyl record containing an abridged version of Oliver Twist by Charles Dickens. Intrigued by the story of this little orphan, I decided to name my stuffed owl Oliver.

The past six months had been full of upheaval. The previous summer, we’d left our home in Tucson, Arizona, and moved to Sheridan, Wyoming, so my father could take over the family’s coin-operated machine business. This had meant starting from Square One with a new home, a new school, etc.

Bad enough for any kid, the situation had been compounded by my visual impairment. Although I’d been mainstreamed into a public school, special arrangements had to be made. I’d feared being sent away to a school for the blind that was just as bad as the one I’d left in Arizona. Not to mention that I was among students I didn’t know in a strange environment. Toto had been my constant companion through it all.

By Christmas, things had settled down. Still, I was glad to receive Oliver. On cold winter nights, I snuggled with him under my electric blanket.

The following summer, I was compelled to go to a camp for kids like me who were visually impaired. I’d gone the previous summer after we’d moved to Sheridan but had hated it. The food hadn’t been good, and there had been a lot of rules and penalties. Instead of doing fun things like swimming or horseback riding, we’d had to attend classes in daily living, home mechanics, and other topics that didn’t interest me. During mealtimes, we’d had to humiliate people who’d put their elbows on the table by singing them a silly song, admonishing them to remove the offending body parts from the table. I’d gotten sick and had been sent home early.

Needless to say, I didn’t want to go back to that camp. But my parents and the consultant from the state division of services for the visually impaired encouraged me to give it another chance.

Mother suggested I take Oliver. I thought this was a good idea. I wasn’t concerned about what other girls would think. Most of them couldn’t see, like me, and I could keep him hidden.

I managed to survive another rough week at that camp, although I came down with a bad cold. But Oliver kept me comforted during long nights in my sleeping bag. His soft fur reassured me, as I lay sniffling and coughing.

The following winter, I was hospitalized with pneumonia. For days, I suffered from a raging fever which caused me to have all sorts of hallucinations. I thought I was on the wrong bus, trying to get home from school. I thought I was back at that horrible school for the blind in Tucson, forced to live in one of the dormitories instead of going home every night. I thought I was in a restaurant where a waitress wanted to take my temperature. I thought I was home and the house was different.

After my fever broke, and I was aware of my surroundings, Mother brought Oliver. I should have been embarrassed, a thirteen-year-old girl with a stuffed animal, but I was too sick to care. I held him close.

One night, he fell off my hospital bed into a pale of water that was connected to my oxygen apparatus. I was horrified when I woke up in the morning to find he wasn’t next to me. A nurse explained what happened. She’d dried him off as best she could. He was still damp when she handed him to me, but I was glad to have him back. I held him close and vowed I would do everything I could to keep him from falling off that narrow bed again.

Unlike the boy in Dickens’ novel, Oliver Owl has always been loved. He brought me much comfort over the years. As I grew older, I felt I could sleep alone without any stuffed animals. So, he sat proudly on a shelf, calmly observing the many changes in my life. When I went away to college, he stayed behind, alone in my bedroom and was always waiting when I returned home for holiday and summer breaks. When I moved out on my own, then got married, he followed me.

My late husband didn’t care for stuffed animals. He wasn’t mean about it. He just said he never had them as a kid and didn’t like them. So, I kept Oliver on top of my chest of drawers, where he sits today.

His black and gray fur is still as soft as it was years ago when I first removed him from my Christmas stocking. Although his nose is coming loose, his eyes are still intact. I rarely touch him now, but every once in a while, I pick him up, press his fur against my face, and remember.

I recently wrote the above piece for a memoir writing class. I posted it on My Corner as part of the Open Book Blog Hop feature, and you can read that here.